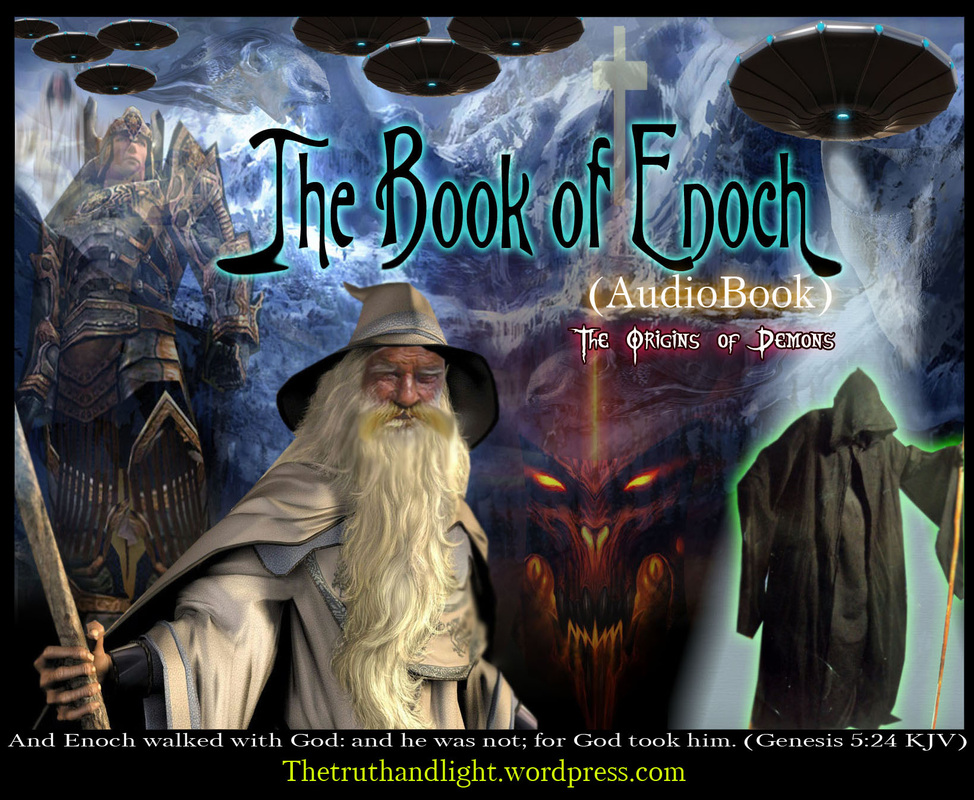 About the Book of Enoch:

We first learn of Enoch in Genesis 5 but it leaves us with questions. Hebrews 11 has the answers and Jude quotes Enoch!
How did Jude come to know the words of Enoch? They are not in the Bible. The answer of course, is The Book of Enoch. A book which is actually quoted not only by Jude, but also James the natural brother of Jesus, & by Peter. The quote in (Jude 14-15) & (1 Enoch 1:9) reads as follows: “In the seventh (generation) from Adam Enoch also prophesied these things, saying: ‘Behold, the Lord came with his holy myriads, to execute judgment on all, and to convict all the ungodly of all their ungodly deeds which they have committed in such an ungodly way, and of all the harsh things which ungodly sinners spoke against him’.”
What is the Book of Enoch and where did it come from?
Enoch was the grandfather of Noah. This makes it possible for the Book to have survived the flood as its not too hard to accept that Noah would have taken his Great Grandfathers writings with him onto the ark.

The Book of Enoch was extant centuries before the birth of Christ and yet is considered by many to be more Christian in its theology than Jewish. It was considered scripture by many early Christians. The earliest literature of the so-called “Church Fathers” is filled with references to this mysterious book. The early second century “Epistle of Barnabus” makes much use of the Book of Enoch.

Second and Third Century “Church Fathers” like Justin Martyr, Irenaeus, Origin and Clement of Alexandria all make use of the Book of Enoch. Tertullian (160-230 C.E) even called the Book of Enoch “Holy Scripture”. The Ethiopic Church even added the Book of Enoch to its official canon. It was widely known and read the first three centuries after Christ. This and many other books became discredited after the Council of Laodicea. And being under ban of the authorities, afterwards it gradually passed out of circulation.

This audio-book version is the work of our Ministries & it’s based on the authentic Ethiopian writings of the Old Testament (The Book of Enoch), which was translated into English by R.H Charles in 1912. This writings are brought back to life, as is narrated & dramatized by voice talent Charles Glaize.
This book explains the origins of demons, UFOs, fallen angels, & other mysteries, which is the reason for it been banned by previous generations. Having said that, this book was not meant for previous generations, but for our generation of today. Find out why, as you now get to hear across centuries what Enoch had to say.